D.H Lawrence wrote eight full-length plays, six of which were penned between 1909 and 1913. Of these, only two were performed during his lifetime and only three were published. The Fight for Barbara (1912) was found in an attic in Heidelberg after Lawrence had died. This suggests either he never intended it for public consumption or more likely, it was stored there for a rainy day and he simply forgot about it. For NEAT16 it was performed alongside an unfinished play by Tennessee Williams, which features D. H Lawrence and was unearthed in 2014 at the University of Texas. This was its first ever public performance, so it’s quite a scoop for the NEAT festival. 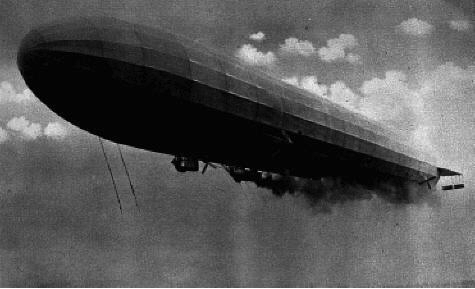 The Night of the Zeppelin

The unfinished play was billed as The Night of the Zeppelin as this was the title given to the first scene, which opens as follows:

“The room of a shoddy lodging place in London, 1916. The Murrays, John Middleton and Katharine Mansfield are visiting the Lawrences. It is near Christmas. Some German cookies, made by Frieda and a bottle of wine are on a little table and there is a small artificial tree with home-made decorations. The legend, PEACE ON EARTH, crowns the tree.”

Although this was a short piece there was enough in it to keep you intrigued. Air raid sirens are wailing, and orange lights beam up across the top of the middle tier seats so that the audience are plunged into the action. But despite the bombs, Katherine Mansfield has a bigger battle. She is coughing up blood and dramatically claims it’s coming from her heart, and so Williams has us wondering what emotional trauma is she going through.

Mansfield was diagnosed with the dreaded tuberculosis in 1917 and would succumb to it in 1923 at the age of 34. In the play, Lawrence confesses that he too has coughed up blood which brings the two friends closer together. Williams has taken a rare liberty with the facts here as Lawrence was not officially diagnosed with TB until the mid-1920s  – although he did have pneumonia as an adolescent which developed into a lifelong ‘weak chest’. Lawrence largely ignored his symptoms and was to some extend in denial, so I wonder whether he’d have been so forthcoming about his symptoms.

But the group of friends were very close and so the production left me thinking how Williams would have interpreted their friendship. John and Katherine attended the Lawrence’s wedding and shortly after Katherine died, John had an affair with Frieda. This would have been particularly difficult for Lawrence, not least because he’d taken quite a liking to him also. The friends would part ways in 1918 and not see each other in the flesh again, although Lawrence and Katherine would write regularly to each other – something the director, Martin Berry, suggested could make for an interesting future production.

Tennessee Williams never met Lawrence, but he admired him greatly. His plays have been described as being full of ‘lyrical Laurentian outpourings’. In 1939 he wrote to Frieda Lawrence expressing his desire to write a play about Lawrence, ‘dramatizing not so much his life as his ideas or philosophy which strike me as being the richest expressed in modern writing’. The closest he got to achieving this was the one-act play I Rise in Flame, Cried the Phoenix (1951) but this was far from complimentary and instead exposed the contradictions between Lawrence the writer and Lawrence the man.

My only criticism of the production of this play is one of curation. It would have been far better placed with Stephen Lowe’s Altitude Sickness (which kicked off the Neat Festival on17 May) as both start with a game of charades and both deal with an unfinished play.

Lawrence’s plays generally tend to be provincial, focused on the working classes, rich in local dialect, and are fraught with domestic conflict and drudgery. His male characters are proper angry young (Eastwood) men and the action tends to take place around what we would now describe as the ‘kitchen sink’. Perhaps because of his brutal and honest portrayal of working class life, it took a long time for his plays to become fashionable with the ‘mathematical folk’ at the Royal Court Theatre. The Fight for Barbara got its first run at London’s Mermaid Theatre in 1967, and led one critic to observe, ‘If this play had seen the light of day sooner, Look Back in Anger might not have seemed so original.’

The story revolves around Barbara Charlcote (Holly Lucas) who has left her aristocratic husband Fredrick Tressider (David Beckford) for the working class ruffian John Wesson (Kieran Hardcastle). The action takes place in Italy and is yet another highly biographical work that mirrors Lawrence’s personal life: In 1912 Frieda left her husband Earnest Weekley and eloped with Lawrence. They first headed to Germany, then Austria, before eventually settling down in Villa Igea, Gargnano, from 18 September 1912 to 30 March 1913.

Although the play is set in Italy it could easily be one of Lawrence’s Eastwood plays as it has all of the usual ingredients. In particular we have class conflict, represented by Wesson insisting Barbara take off her silly fanciful dress that represents pomposity. When she is dismissive of him for being a miner’s son, Wesson is keen to point out he’s the son of a butty collier. This is an important distinction and a point of pride.

The title of the play suggests that the lead has no agency but this is quite the opposite. Barbara is a fiery character who wants to determine her own destiny and has the confidence to reject advice from her mother Lady Charlcote (the sneering Tanya Myers) as well as the paternalism of Sir William Charlcote (the indignant Robin Simpson).

Barbara then finds herself torn between her suiters when her husband turns up and chides them both for their possessiveness: ‘All men are alike. They don’t care what a woman wants. They try to get hold of what they want themselves, as it were a pipe. As for the woman, she’s not considered – and so – that’s where you make your mistake, gentlemen’.

When both her husband and lover threaten to kill her she dismisses the violence with a matter-of-fact, ‘Not twice in one night.’ Barbara may have been pampered but she can hold her own. She refuses to be ‘swallowed’ up by anyone and mocks Wesson’s masculinity in some superb exaggerated acting when she dives on all fours like a dog and ‘paps’ at him. To be fair, Wesson deserves it. He’s a bit weak and doesn’t have the stage presence of say Robin Simpson, who played Lawrence in Altitude Sickness. This isn’t the actor’s fault. In so accurately mirroring real events, Lawrence the writer has positioned himself in the play as an observer. Therefore Wesson has lost the fire that we associate with Lawrence himself.

As James Moran has observed in the superb The Theatre of D.H Lawrence (which I read in one sitting) ‘Lawrence’s fiction often works by presenting versions of Lawrence in which different aspects of his own life and personality are erased, embellished or invented; revealing a kind of thespian delight in role play and identity change’.

Director Martin Berry has trimmed around 40 minutes off the original play and this works well. I think he’s changed some of the original character’s surnames too. It was billed as a comedy but Lawrence isn’t capable of writing a comedy. He’s far to up his own arse. But he does have a gift for dialogue and like all writers worth their salt he can pin down the motivations of characters, particularly those he’s run off with in real life…

D.H Lawrence, By Day and Night was performed at the Nottingham Playhouse Tuesday 31 May – Wed 1 June. Tickets £11