REVIEW: In Conversation with Amit Chaudhuri 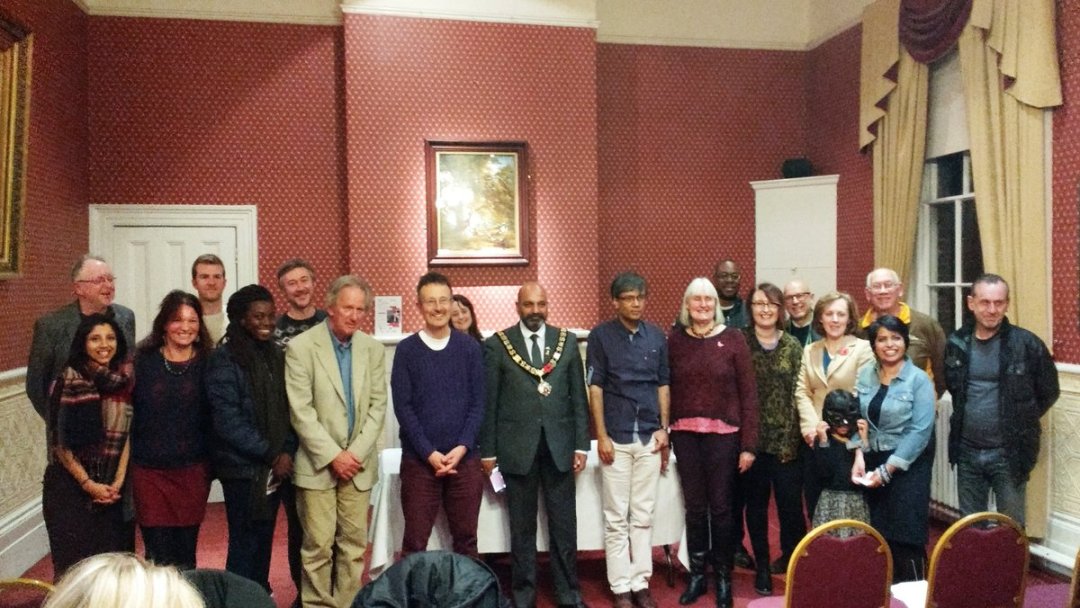 The award winning author was in Nottingham as part of the Festival of Literature, where he discussed D.H. Lawrence, his love of music, and read from some of his novels.

Amit Chaudhuri’s work spans poetry, fiction, literary criticism, short stories and non-fiction. He’s won loads of awards, including the prestigious Sahitya Akademi Award, Indian government’s highest literary honour, in 2002 for his novel A New World. But there was only one thing on my mind, D.H. Lawrence.

In 2003 Chaudhuri published his Oxford doctoral thesis D. H. Lawrence and ‘difference’ : postcoloniality and the poetry of the present. It’s surprisingly poetic for a piece of academic work, and weaves together the ideas of Derrida, Genette, Foucault and Levi Strauss to position Lawrence as a radical risk-taking poet who defies definition. He puts forward an intriguing argument that to understand and appreciate Lawrence is to accept him at his very best and worst. To look at one piece of work and ignore another is to miss the point. It is his very incompleteness which completes him. Therefore his work is best understood intertexually – the way his poems relate to and reference each other.

In his book Chaudhuri argues that Lawrence constructs poetry much like Picasso’s sculpture The She-Goat which is woven together with a wide variety of materials, ranging from wicker basket to palm leaves. Lawrence’s constant revisions, the structural flaws, the irrelevant adjectives, forces the reader to confront the creative process, “the peculiar pathos and joy of gradual creation,” rather than just marvel at the finished product.

These are complex ideas, particularly for those outside academia. But Chaudhuri was able to articulate them in an accessible manner for the attentive audience. He started off by telling us he had been given a tour of Lawrence’s old stomping ground in Eastwood by Andrew Harrison, and visited the Birthplace Museum. He was clearly excited by this literary pilgrimage and eager to share how it felt to pay homage to one of his idols. Given his fondness for connections, there was even more significance for his visit. Enid Goodband, who passed away this month aged 91, persuaded the council to buy 8a Victoria Street and create the museum. Without her intervention it would have been flattened along with the other miner’s terraces.

Chaudhuri first came across Lawrence as an undergraduate. He was given a list of six books he must read, one of which was Sons and Lovers. It ‘opened things up’ for him and so he enthused at his excitement at visiting Nottinghamshire for the first time.

When discussing his own life, Chaudhuri explained his fascination with the ‘unseen noises’ of the streets. His home in India is alive with distant noises. From his window he consumes incomplete conversations, overheard shouts and screams, a city of individuals who blur into one. No wonder he argues Lawrence should be understood as an uncomplete whole, warts and all, when his own mind is so readily connected to his immediate environment.

When Chaudhuri discussed his novels, we found a man of patience. Odysseus Abroad has been bouncing about in his head for ten years, patiently scratching away before finally falling into place thanks to a chance conversation with his Uncle about a piece of art. At first he thought the book would be a memoir but instead it became a Joycean journey that unfolds over the course of a single day on Warren Street, London in 1985. The book is littered with extra meaning, with references to Joyce, Homer and Odysseus. But, he reassured us, you don’t need to get these references to enjoy the novel.

In terms of narrative, he enjoys ‘writing about nothing’. But don’t be fooled by his plotless novels. Silence is deafening. There was also time to talk about his love of music, and his 2004 album This is not Fusion. Chaudhuri is a trained and critically acclaimed singer in the North Indian classical tradition. His music, like his writing, has been praised for its experimentation. Like Lawrence, it’s hard to pin him down.

In the Q&A I wanted to pin him down to his favourite Lawrence poem. These intertexual references are all very good, but surely there must be one that stands out more than the others. Once more he reiterated the importance of seeing Lawrence’s work as a whole but eventually spoke about Man and Bat whereby a bat suddenly appears through a window and begins “flying round the room in insane circles”. He discussed how both view each other with oddness, and that this alienation, wonder and difference epitomises Lawrence’s approach to life, and clearly his own.

It was at this point I realised Chaudhuri was right about intertextuality. All this bat talk had got me thinking about another Lawrence poem, Snake and how this caused equal bemusement and wonder when man and serpent confronted each other. And then I began to think about Chaudhuri’s Joycean novel Odysseus Abroad again. It’s set on Warren Street. Could this be an unconscious reference to the Warren Gallery where Lawrence’s painting were ‘arrested’ for obscenity? Or am I looking too deeply into things, finding connections that aren’t really there? Trying to put faces to the “unseen noises” instead of listening to them speak…

The following day Chaudhuri visited the Nottingham Writers’ Studio and held a networking session whereby writers could approach him directly to discuss their work or seek general advice on the publishing industry. And what is the first thing you see when you walk in the Writers’ Studio? The beautiful portrait of Lawrence by Nick Humphryes that features on the Rebel Writers banner outside the train station. You just can’t escape him.

An Evening with Amit Chaudhuri, 12 November 2016, Galleries of Justice, as part of the Festival of Literature. This review was originally published in LeftLion.