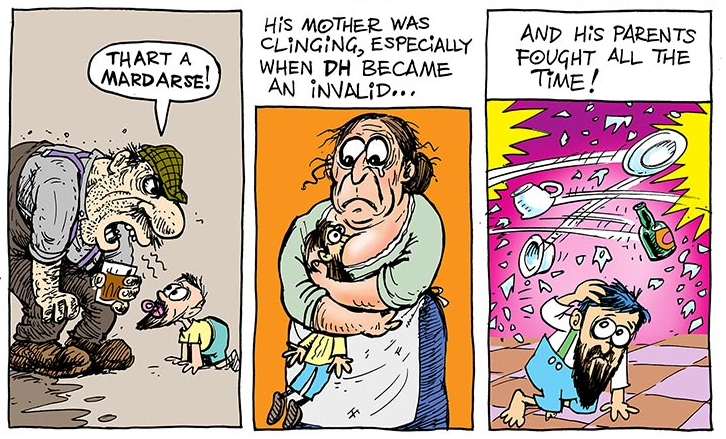 I am 44. The same age as Lawrence was when he died. So far I have a couple of digital projects on my CV: The Sillitoe Trail, Being Arthur and Dawn of the Unread (see image above). Lawrence wrote 12 novels, 4 travel books, 8 plays, numerous short stories and 12 poetry collections published during his life. And that’s not including the non-fiction, forays into psychoanalysis, and the eight volumes of his letters published posthumously. It will probably take me my entire life to work my way through them, let alone replicate his phenomenal output.

When I was the literature editor of LeftLion magazine I once interviewed a self-published author who proudly informed me that he had written his novel in 25 days and then pressed the publish button on Kindle. Although Lawrence may have welcomed the ease with which we are now able to get our work out into the public domain, particularly given the censorship he experienced throughout his life, I suspect he would also be suspicious of the instant gratification offered by digital technology. This is evident in the short essay Getting On, unpublished during his brief life. In this essay he reveals that he struggled for five years to get his debut novel, The White Peacock (1911), “out of the utterly unformed chaos of my consciousness, having written some of it eleven times, and all of it four times”. Lawrence didn’t just bang out books, he worked tirelessly on them, perfecting and correcting until they were ready. The self publish button on Kindle does not encourage such discipline.

Due to his work being so heavily censored, many of Lawrence’s books were either banned, burned or deemed too controversial to read by respectable society. Consequently, he lived large periods of his life in abject poverty. He could have churned out more edifying narratives in order to live a comfortable life but he wasn’t interested in comfort. He had a message to tell and nothing would detract him from this. From 1919 he lived his life in self-imposed exile, travelling the globe in what he described as his ‘savage pilgrimage’. He addresses this in the opening lines of Getting On: “They talk about home, but what is home? I find I can be at home anywhere, except at home.”

On briefly returning home, Lawrence reflects on his parent’s relationship. His father, Arthur, was a collier “who drank, who never went to church, who spoke broad dialect”. He was a commoner and this annoyed Lawrence’s mother Lydia, a well-spoken city girl who enjoyed chapel and derived pleasure from temperance. Growing up, Lawrence sidled with his mother. His father would be brutally portrayed in his novels. In his latter years, Lawrence realised his mother was a snob and that her aspirations were not born out of a desire for spiritual self-improvement, rather the more mundane and obvious desire to climb social ladders. He notes this in her admiration of Henry Saxon, a “burly bullying fellow” who owned a shop and would provide the model of Paxton, the elderly paralysed tyrant in Lady Chatterley’s Lover. What seems to infuriate Lawrence the most about his mother’s admiration of Saxton, who “wore his gold watch and chain on his full stomach as it gave off royal rays”, was it represented an underselling of herself. She was better bred and better educated. She didn’t have a shop, though, and she was married to a collier.

“Now I am forty I realise that my mother deceived me. She stood for all that was lofty and noble and delicate and sensitive and pure, in my life. And all the time, she was worshipping success, because she hadn’t got it.”

As a child, Lawrence prayed that his father might be converted to the chapel or die from a bad mining accident. But “they were not my own prayers. They were a child’s prayers for his mother, who has captured him and in whom he believes implicitly”. He recognises that his mother was conflicted. That she “begrudged and hated her own love” for her husband and that this had an impact on her feelings for Lawrence and his siblings as “we were her own, therefore she loved us. But we were ‘his,’ so she despised us a little”.

Lawrence’s writing, particularly his letters, are full of contradictions and conflicts. One moment he craves the simplicity of life in Italy. The next they’re all ignorant peasants. Amit Chaudhuri picks up on this in DH Lawrence and ‘Difference’, arguing for an intertextual reading of his poetry, suggesting Lawrence’s works cannot be read in isolation. Perhaps this is why he constantly revised his work: He was constantly revising his life. He was “divided”. Andrew Harrison, in his critical biography of Lawrence, notes that Lawrence addresses these profound divisions in the family home in his poem Red Herring, where he describes himself and his siblings as being “in betweens” and “little non-descripts”. 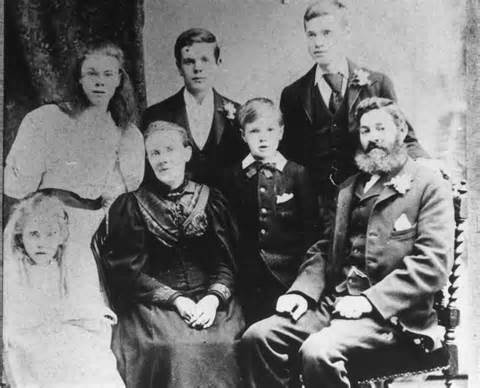 Lydia Lawrence had a profound effect on Lawrence. He adulated her. But he resented her snobbery as well. She was proud when he won his scholarship to the Nottingham High School because he was going to be “a little gentleman”, he would find a respectable profession above ground rather than an unrespectable life in the bowels of the earth. For a while he lived up to her expectations as a teacher, but education bored him. He quit and pursued a life as a writer which is why his debut novel went through so many drafts: “I hewed it out with infinitely more labour than my father hewed out coal.”

The great tragedy of Lawrence’s life is that he never got the recognition he deserved during his 44 years on this planet. He would enter the Canon decades after his death in 1930. The White Peacock was published when he was twenty five and his mother was dying of cancer. She held the book in her hands and then died two days later. It was probably for the best as the controversy surrounding his novels would no doubt have brought shame to the family name. He would never be a Henry Saxton, thank goodness. But at least she was able to witness “the delicate brat with a chest catarrh and an abnormal love for her” begin to carve out a career that, at the very least, meant clean fingernails.

There is no way of knowing the exact date Lawrence wrote Getting On as it was unpublished during his lifetime. James T Boulton has traced a duplicate copy of the essay being sent to Nancy Pearn in a letter dated 9 January 1927. He suggests it was probably a personal article written for the German publishing house Insel Verlag and that it most likely refers to his visit to Eastwood in September 1926.

In the DH Lawrence Memory Theatre we want to address aspects of Lawrence’s life through artefacts. If you can think of a way that we can address the “divided” conflict of his homelife or his perception of his siblings and he being “in betweens” please get involved. You can submit ideas here.

Getting on is published in The Cambridge Edition of the Works of DH Lawrence: Late Essays and Articles, edited by James T Boulton.