The following article was published on 7 September 2015 in The Conversation. Here Andrew Harrison of University of Nottingham asks viewers to be cautious of Jed Mercurio’s adaptation of Lawrence’s iconic novel Lady Chatterley’s Lover as it “reinforces precisely the traditional values that Lawrence was trying to unpick”.

Its writer and director, Jed Mercurio, must have anticipated such responses. In producing another adaptation of this iconic novel he knew that he stood either to outrage viewers by the inclusion of sex scenes and four-letter words, or to disappoint them by their omission. The Guardian cited his own reaction to the issues at stake:

It did not feel that today we would be breaking new ground if we were to use those [four-letter] words. If you want to use certain words you have to justify them, and it did not seem relevant … The idea was to tell this as a love story, a love triangle – to concentrate on the emotions of the characters.

On one level, Mercurio’s assertion of his right to focus on those aspects of the novel which seem to him most “relevant” is wholly justifiable. Lawrence wrote three versions of the novel between 1926 and 1928, and viewers are arguably more likely to be familiar with previous adaptations by Just Jaeckin (1981), Ken Russell (1993) and Pascale Ferran (2006) than the written source. Perhaps an adaptation should be judged on its originality.

But this adaptation not only departs from the original text, but also reinforces precisely the traditional values that Lawrence was trying to unpick.

As ever, it comes down to sex. In the novel, Lawrence’s unflinching depiction of the life of the body – and the fragility and tenderness of sex – is presented as a counterblast to the damaging abstractions of industrialism and modernity. But Mercurio’s film resolutely sidesteps this in order to tell the straightforward story of Constance Chatterley’s choice between her crippled aristocratic husband (Sir Clifford) and his virile gamekeeper (Oliver Mellors). To make that choice a tad more interesting, Sir Clifford is depicted in a much more sympathetic light than in the novel and Oliver Mellors is made far less complex and compelling.

Lawrence’s novel examines in great detail the difficulties Connie faces in reaching out to Mellors, an educated man in his late 30s disgruntled by his past sexual experiences, who has moved among the officer classes during the War but deliberately chooses to speak the Derbyshire dialect and take up an isolated working-class life. Mercurio passes over Mellors’ estrangement from his wife in a flash and class is dealt with in very 21st century terms: as something rather irksome which can be overcome if only you set your mind to it.

In the novel, Mellors is initially reluctant to involve himself in an affair with Connie, and he uses his dialect to distance himself from her: he has been hurt in the past, and he is sensitive to being patronised or used by his employer’s wife. In this film, any doubts the very young gamekeeper has are quickly overcome and his righteous anger at the ruling classes does not unduly affect his relationship with Connie.

But perhaps the most striking thing about the adaptation is the way it champions romantic love. Lawrence was constantly trying to redefine the terms of marriage and relationship. In Lady Chatterley’s Lover he shows two damaged individuals finding a connection in spite of themselves – through their physical tenderness for each other. Mellors dislikes mouth kisses and Connie comes to share his hatred of masturbation. They bond through their conflictual and shifting desire for each other and through their dogged opposition to the world as it is. There is no happy ending – only some blessed hope that they will be able to make a life together despite all the practical barriers they must overcome.

In contrast, Mercurio’s film gives its audience exactly what it wants on a Sunday evening: romance, straight and simple. His Mellors is quite happy to kiss Connie on the mouth, and is not averse to giving her oral sex too. Flames dance around the screen when they first have intercourse. If Lawrence’s stated intention in writing the novel was to enable “men and women to … think sex, fully, completely, honestly, and cleanly”, Mercurio seems content to provide romantic escapism.

By taking all the rough edges off the sex scenes and omitting the four-letter words, Mercurio has effectively removed those features of the novel which have made it so challenging, memorable and influential since its publication in 1928. Lawrence’s novel was addressed squarely and combatively to the England of his day. Mercurio’s film unashamedly passes over the battles it fought, finding them no longer relevant.

This is fair enough, I suppose: the film is quite effective and inoffensive as a conventional romantic costume drama. But as Mellors and Connie drive off together at the end of this adaptation, with Sir Clifford’s blessing for their new-found love still ringing in their ears, it is hard to erase from one’s mind Lawrence’s constant warnings against the bland prescriptions of a neutered and castrated modern consciousness.

This article is republished from The Conversation under a Creative Commons license. Read the original article. 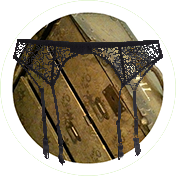 In the DH Lawrence Memory Theatre we want to address various aspects of Lawrence’s life through artefacts to try to understand this complex writer. How do we represent the relationship between Mellors and Lady Chatterley? In 2019 we begin building our Memory Theatre and retracing Lawrence’s savage pilgrimage both physically and digitally. If you have an idea for an artefact, get involved and submit ideas here